‘I felt like Dharmendra Sir while singing the song’ – Harrdy Sandhu 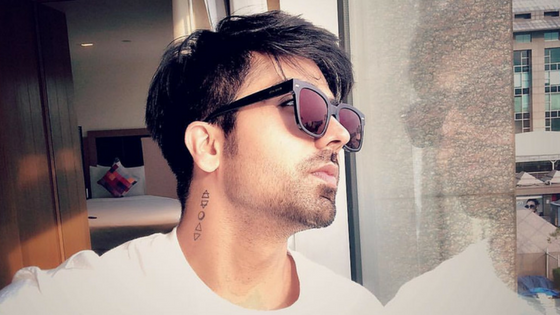 It’s not Harrdy Sandhu’s Bollywood debut, but his sophomore Bollywood outing Little Little from Yamla Pagla Deewana Phir Se is the boozy song he had a long time coming.

Harrdy sings a track composed and penned by D-Soldierz (Anupam Aditya Sharma and Apurav Aditya Sharma) for a film that stars his idol Dharmendra and the veteran actor’s sons Sunny and Bobby Deol in a comedy that makes light of Punjabi excesses and idiosyncrasies.

We spoke to Harrdy a couple of days ago about the song. Excerpts from the conversation…

How was it working with D-Soldierz?
It was amazing working with these guys. I liked the hook they created. They’re very chilled-out guys. They have great potential.

More importantly, how was it shooting with your idol, Dharmendra?
I have grown up watching Dharmendra Sir’s films. It was such a grateful moment singing for him. Also, he is my Dad’s favourite. It is a once-in-a-lifetime feeling.

One highlight of recording the song…
I felt like Dharmendra Sir while singing the song. I even did one of his signature dance moves in the studio while recording for it.

When was the last time you started drinking ‘little little’, but it became a lot?
It was way back in 2012. I was out partying with my childhood friends. I said to myself, “I’ll just have a beer. And finished by gulping down almost 10 beers (laughs).