How internet memes almost died in the EU and Beatles star Sir Paul McCartney was for it! 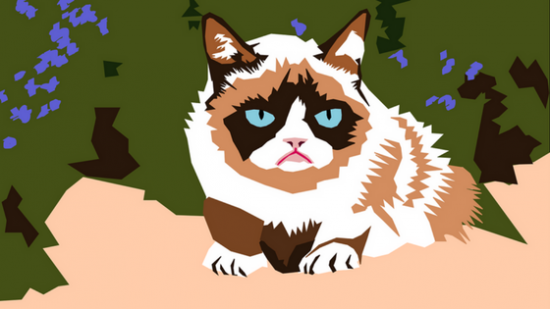 And here’s why you should’ve been more worried.

Knowing how many of us in news agencies and even fan armies who create memes on a daily basis, rely on copyrighted materials – images, music and videos – to either promote or share information with our followers, we should be aware of a copyright directive update under purview in the European Union (EU).

WHAT’S HAPPENING
If passed — at this point, it was rejected in voting held on July 5, with another vote taking place in September — it would be a precedent that is expected to shut down the unregulated sharing of media (which is sometimes copyrighted), creation of memes and linking of stories as well, according to some opponents of the move.
What it proposes is, the creation of “content recognition technologies” to scan for copyrighted videos, music, photos, text and code in a move that that could impact remixers, livestreamers and yes, meme creators.

‘FOR’ THE MOVE
Many in the music industry, Beatles legend Sir Paul McCartney included, have supported changes in copyright law. “We need an internet that is fair and sustainable for all,” the former Beatles star said. “But today some user upload content platforms refuse to compensate artists and all music creators fairly for their work, while they exploit for their own profit.”

AGAINST THE MOVE
In protest, the Italian and Spanish-language versions of Wikipedia blocked access to users earlier this week, arguing the law will impose “new barriers, filters and restrictions” that prevent users from being able to share content.
Wikimedia called it a “threat to our fundamental right to freely share information.”
Mozilla, the firm behind internet browser Firefox said passing of the law could “make filtering and blocking online content far more routine.”
Tim Berners-Lee, the inventor of the World Wide Web, and Jimmy Wales, the founder of Wikipedia are also opposed to the move.

WHAT THIS MEANS
In layman terms, what you need to know about the EU’s Copyright Directive in particular, according to reports, is two Articles: Article 11 is aimed to prevent online content aggregators from sharing links without paying for them, while Article 13 would have required websites to enforce copyright laws proactively.

Memes often rely on the use of copyrighted images, usually for comedic effect. Jim Killock, executive director of Open Rights Group, an anti-censorship organization, told CNBC recently that, “There is now on the internet a big culture of people reusing copyright works and the thing that’s caught everyone’s attention are memes, which is clearly a use of copyright work. The question is whether that’s infringing.”

“The rejection, for now, of the mandate means the Parliament has another few months to get it right,” said Alyn Smith MEP (Member of European Parliament), SNP (Scottish National Party) member of the European Parliament for Scotland. “I look forward to supporting colleagues in that and will continue to be active in efforts to strike a balance that works for everyone.”

THE IMPACT IT WOULD HAVE, IF PASSED
Although, intended to prevent online streaming of pirated music and video, Article 13 covers all and any copyrightable material, including images, audio, video, compiled software, code and the written word. Internet memes fall into most of these targetted groups and could, in effect, be affected.