‘Houn Jau Dya’ is a celebration of life 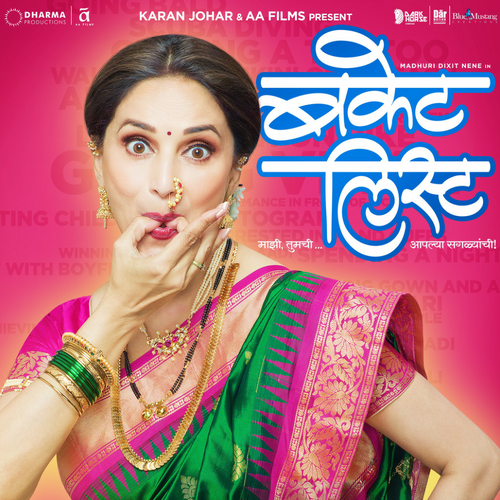 “Life is what happens to us while we are making other plans”. That quote, originally by cartoonist Allen Saunders and adapted by John Lennon for ‘Beautiful Boy’, pretty much sums up the story of Madhuri Dixit-Nene’s latest film, Dharma Productions’ Bucket List.

Madhura Sane (Dixit-Nene) decides to get to know her recently deceased donor Sai better by striking off the to-dos on her bucket list. She sets off on a journey of self-discovery, but is what she needs, what’s best for her?

We’re guessing Houn Jau Dya plays in the latter half of the film as it is a celebratory song. If you’ve followed the trailer, you’ll know that Sai’s mother is played by Renuka Shahane, who appears happy in the song and one imagines the mourning has ended or she has made her peace with her daughter’s untimely death by then.

The music has been released through Zee Music Company and composed by the duo Rohan Rohan, Bucket List would be the second time in recent memory that they’ve worked on a film with a medical-related subject (their last project was the Priyanka Chopra-produced ‘Ventilator’).

Mandar Cholkar’s lyrics play up the celebratory tone of Madhura finding herself and urging others to change the “language of their existence” and let life’s ‘gaaja-baaja’ take over. Shreya Ghoshal, Sadhana Sargam and Shaanare on vocal duty and leave nothing to be desired.

The song allows Madhuri’s character to spread her wings and fly and show off some of her dance moves, a highlight of any film she stars in.