‘Hookah Hookah’ is breezy enough to blow over its flaws

Desi Music Factory, the music label behind hits like Coca Cola Tu, La La La, Snapchat Story and Aeroplane are out with the video for a new song called Hookah Hookah by Pakistani singer-songwriter Bilal Saeed featuring rapper Muhfaad, which is now sitting pretty at close to 10 million views.

Composed by Bloodline Music and penned by Kamil N Jabz, it starts out at a repair shop as Bilal calls his girl for a night out on the town for a hookah session, like it was the most natural thing in the world to do. Anyway, Kamil N Jabz seem to think it is.

Going with the flow, Mirchi Entertainment Dubai (who has directed this video) shows you Bilal telling his love interest that he wants to show her a good time and will conjure whatever flavour she wants at her disposal. As he waits, she changes into an evening gown, all cleaned up, trading grease for greasepaint.

In swaggers Delhi-based rapper Muhfaad, who praises her “performance” and tells her how rocking she exactly is, mouthing off something in Arabic(?) before comparing her to a black cat crossing one’s path and telling her that she’s banned in Delhi (just like the hookah is).

It’s catchy and all, but one would assume you need context for that kind of flow considering he barged in on their love banter. But you get none. They go about their business.

Charged with a mid-Eastern vibe (obviously!), Hookah is a mid-tempo track that isn’t weighed down by the limitations of the lyrics. Bloodline keeps the undertone basic enough for Bilal to do his thing over it.

Experimental and catchy, this one is a bit flawed, but does well to rise above it. 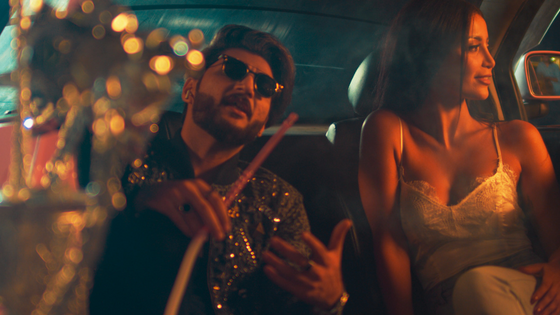