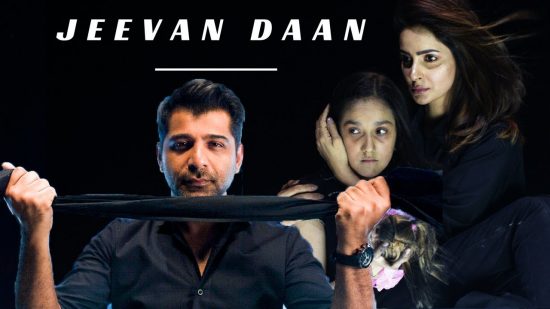 You might remember Pakistani actress Saba Qamar from her role in Hindi Medium. She played Irrfan Khan’s wife in the Bollywood film. The actress routinely features in Pakistani TV dramas as well as as films and of late, a music video featuring her, is touching a chord even across the border.

The music video in question, ‘Jeevan Daan’ has been written and composed by singer-composer Shuja Haider, who she has worked with, on Baaghi (yes, Pakistan has a film by the same name). It serves to highlight the problems faced by women and children in that country.

Featuring child artists Rija Rizwan, Hamna, Momina and Aarib, ‘Jeevan Daan’ references child labour, child abuse and child marriage. But while it does that, it also offers remedies for the same.Maintaining one’s dignity and teaching others to do that is hard enough as it is, in this day and age, but the video never once takes the high road. Highly interpretative and contemporary in approach, it says what it has to, with a voice, one rarely finds in Pakistan.

Directed by Shiraz Malik and shot by Aamir Mughal, the video is a must-watch.