Hey Mbappé, seen this tribute video about you yet? 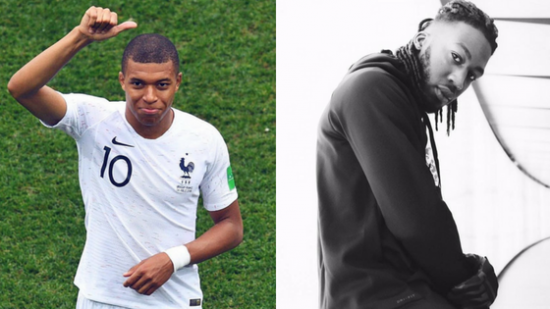 The French striker gets a single that urges you to ‘dance like Mbappé’, courtesy British rapper JXSE

If you’re settling down to watch the World Cup 2018 final between Croatia and France right about now, you’re likely to have your eye on quite a few strikers. French rapper JXSE has his eye on one: 19-year-old French forward Kylian Mbappé, who’s quickly becoming one of the most recognised faces in the game.

But first who’s JXSE? The 19-year-old London-born-and-bred rapper is the latest in a growing breed of MCs specialising in what’s known as Afro-Trap.

Which brings us to the next question. What is Afro-Trap? According to The Fader, it’s a “refreshing mix of dancehall, rap, grime, and afrobeats sounds” and it’s a sound that has been “bubbling for a while now”.

Ask JXSE though and he gets into specifics. In an interview with Milk, he has called it “a fusion of African sounds with the American trap sound.”

But JXSE’s rap has none of the American influence. Self-admittedly, he says his music has a “very European influence” and names the rapper he looks up to — Parisien rapper MHD (aka Mohamed Sylla).

This isn’t JXSE’s first brush with football either. His debut single is called ‘Ronaldinho’, after the famous Brazilian player.