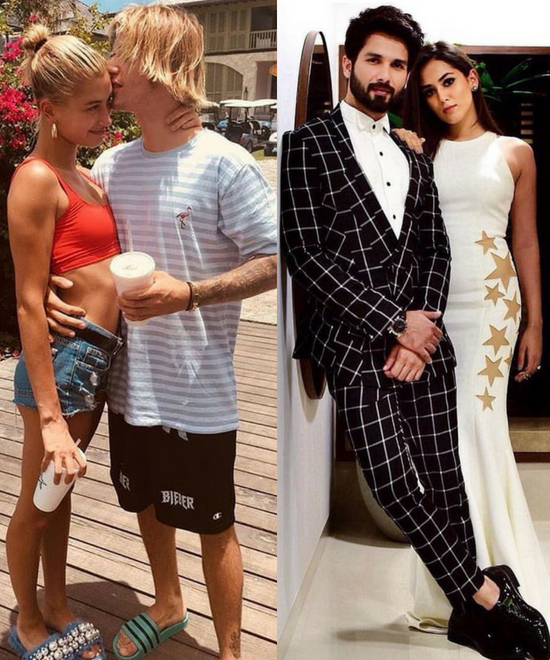 Justin allegedly proposed to current girlfriend Hailey Baldwin, and we can’t help but mourn the end of Jelena. Bieber and Baldwin can be seen doing some major PDA while on vacation in the Bahamas. To top it off, Bieber’s father, Jeremy Bieber, seemed to congratulate the couple Sunday morning on Instagram. “@justinbieber Proud is an understatement! Excited for the next chapter!” Could their possible marriage be the next chapter?

However, we can’t help but wonder if Justin has pulled off a Shahid. You think not? Well, for starters, both are well known in their respective fields, for their linkups as well as for their work. Shahid with Priyanka, Kareena, Amrita, Vidya, and Justin with Sofia, Selena, Kendall, Ariana. In the end, they chose their soulmate, Mira and Hailey respectively.

Secondly, of late, both found religion in a big way. Shahid found time to spend at the Radha Soami Satsang Beas (where he met his wife Mira), while Justin found his pastor Judah Smith, and also got baptized by Pentecostal pastor Carl Lentz of Hillsong Church.

Shahid quietly got engaged to Mira; they now have a daughter, Misha. Justin reconnected with Hailey and has reportedly gotten engaged at the Bahamas. Mira, 23, is younger than Shahid, 37 while Hailey, 21 is younger than Justin, 24.

We might be bluffing, but do you really think so? The proof is now in front of your eyes.