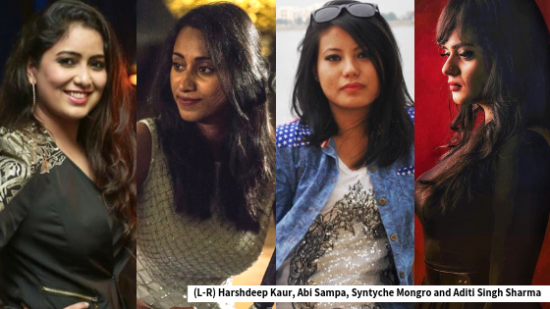 Even as Bryan Adams kicks off his five-date greatest hits India tour in Ahmedabad today, in support of his current 21 track compilation, Ultimate, which released in November last year, he has announced female opening acts for his tour in Mumbai, Hyderabad, Delhi, Bengaluru and Ahmedabad.

This marks his fifth visit to the country and Adams will be joined by Harshdeep Kaur in Mumbai and New Delhi, Aditi Singh Sharma in Bengaluru, Rushil Ranjan feat Abi Sampa in Ahmedabad and Threeory Band in Hyderabad as the official opening acts. The gates will open at 6pm and the event will conclude by 10pm.

Shyam Tallamraju, Business Head, ENIL states, “The artist and the management feel Harshdeep Kaur, Aditi Singh Sharma, Abi Sampa and Threeory Band would be the ideal fit as the opening acts since their music sensibilities are quite similar. There was a lot of back and forth on the opening acts before a final conclusion was taken.”

Aditi Singh Sharma states, “I can’t overstate the impact Bryan Adams’ music has had on my career. I’ve literally grown up listening to his music and covering his songs, with my very first band, way back in college. It is truly an honour to open for this musical legend. I can proudly cross one thing off my bucket list!”

Harshdeep Kaur adds, “I remember performing Bryan Adams songs at my school fest. Each song of his has a memory attached to it. I always wanted to watch him perform live but to share the same stage with him will be truly magical. I’m really looking forward to this event and I’m preparing a special Bollywood fusion set with my band.”

This event is produced by ENIL and has partnered with Infibeam Digital Entertainment Pvt. Ltd. for Ahmedabad. Amdavadi fans can expects him to sing hits like ‘Run To You’, ‘Can’t Stop This Thing We Started’, ‘Summer of ’69’, ‘Cuts Like A Knife’, ‘Heaven’, ‘Run To You’, ‘When You’re Gone’ , ‘Cloud Number Nine’, ‘Everything I Do I Do It For You’, ‘Have You Ever Really Loved a Woman’, ‘All for Love’ as well as ‘Ultimate Love’ and ‘Please Stay’

From a young age, the London-born Abi Sampa has been passionate about music, learning to play the saxophone and veena when she was only eight years old! . Combining western popular music elements with qawwali, Carnatic and Hindustani classical music, she and her band have moved from strength to strength and inspired a generation of young British-Asian artists. Based out of Oxford, The Fusion Project founded by Rushil Ranjan is a collective of specialist musicians and producers that focus on bringing Indian classical music to audiences across the globe.

Threeory is a progressive rock fusion band which blends Indian classical with different kinds of world music. With Nagaland resident Syntyche Mongro giving her jazz and blues touch, Tarun Vishal on drums, Parsa Datta Sai on the violin, Mark on keyboard and Shillong-based guitarist Sentilong, the band is complete.