Guru Randhawa will be biking it in ‘Downtown’ 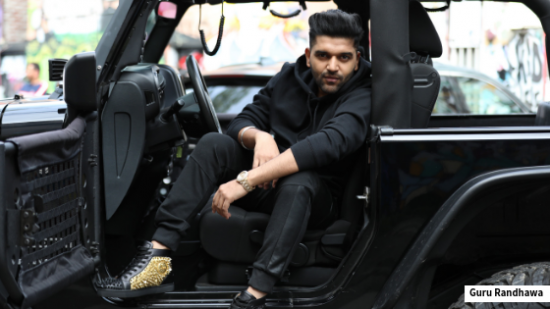 Guru Randhawa’s back in the news for his latest single Downtown. The music video, directed by DirectorGifty drops tomorrow. Will it break more records for the artist?

The latest video, produced by T-Series, has been shot in downtown Toronto, Canada and has model Delbar Arya opposite Guru.

The song has been written, composed and sung by Guru himself and has him riding a cycle through the video. Yes, while the video does feature swanky cars (like his videos usually do), Guru will be seen riding a bicycle in the video. Definitely, a first.

Shooting in Toronto was T-Series head honcho Bhushan Kumar’s ideas as they have not shot any video of theirs as a combination there.

About the video, Guru says, “The song talks about a boy chilling with his friends discussing his achievements and the girl he really likes. It’s a modern-age peppy love song that everyone will relate to. It was great fun shooting with DirectorGifty in Toronto. We have tried a new video theme, and I hope my fans like it.”

We reached out to Gifty to ask about the video. He said, “It’s a performance-based video, not a story-based one. What this necessarily means is that Guru won’t just be singing, but also freestyle dancing. Sans choreography.”

You can catch the song tomorrow on T-Series’s YouTube channel.