From local trains to All-India Tours 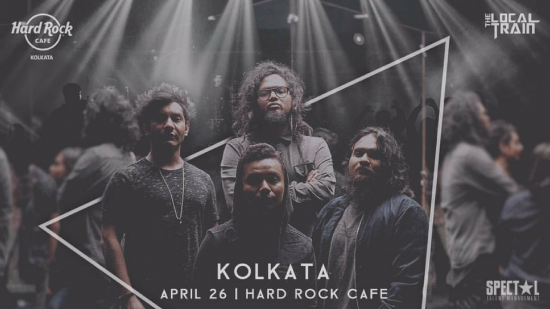 The journey of Raman Negi and his band, The Local Train

Ever since The Local Train’s debut in September 2015 with Aalas Ke Pedh, they have been on quite a roll. But what happened before, is a story worth knowing.

Negi was part of a panel that discussed ‘Independent Music: When Will Passion Make Profit?’ on Day 2. The discussion was moderated by Vijay Basrur of OK Listen.

The Local Train’s debut album had been ready for three years, with no brand ready to invest their trust and funds in them. No label was ready to back their music. They then decided to test their songs, to find out why this was happening.

They went to various colleges to perform, did a lot of small gigs. So, after deciding to make a music video and post it on digital media, they took clips from their various concerts and collaborated with them to make one single footage. This became a big hit. At a nationwide talent hunt in 2015, Sennheiser (a German music equipment company) ranked The Local Train as the No. 1 emerging band.

Narrating their journey, Negi says, “We have to be our own producer and creator. The audience is everywhere. People are ready to consume original content. They are smart enough to realise what is good and what isn’t. Because Bollywood is heavily promoted, YouTube is what actually helped us pave our way to success. We have been on the road, and have written the third album together while touring this whole country. The real game is to sell your own tickets. We are going to play in clubs and sell our own tickets. We have a dedicated fan base that will shell out money to come see us.”

Well, there you have it… that’s how passion in independent music paves the way to success.