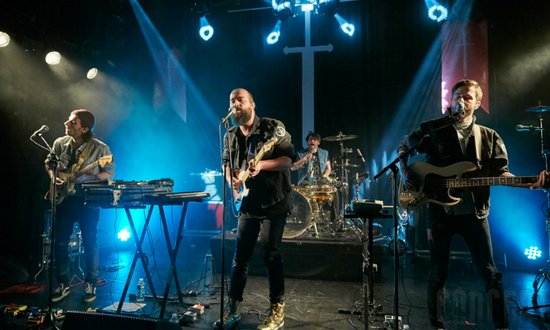 As we write this, the Bonjour India Festival, curated and created by the French Institute in India would have gone underway.
An ambitious tie-strengthening initiative between France and India, the festival will serve as a platform for innovation and creativity.
In fact, as part of this initiative, French bands Colt Silvers and Last Train embark on their first-ever 11-city India tour, all through November and December.

They hail from Strasbourg
Colt Silvers comprises of vocalist Tristan, bass player Nicolas, guitarist Florian and drummer Julien. Were dubbed by the magazine Les Inrockuptibles as the French Alt-J.Their debut release was ͚Night of the Living Robots͛ in 2009 Shares Julien, “We are currently promoting our latest album SWORDS. In comparison to the album, the sound we create on stage is a hundred times more intense.”

Scherrer says coming to India is an ͞amazing thing͟ and that coming to the country was a first for everyone in the band. We are impressed about getting the opportunity.

This tour is being presented by Mumbai-based music management company, Mixtape.