Should Fonsi be worried by Guru’s Rise? 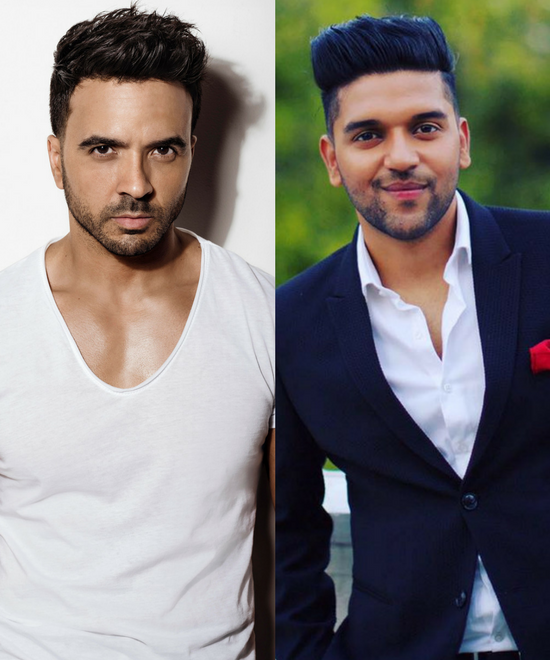 POP GOES PUNJAB
Punjabi pop singer has been on the scene since 2013, releasing his debut album Page One. While he enjoyed success in the North of India early on, it was only when he made it to Bollywood that he came into national consciousness. Debuting with a remake of his hit Suit Suit for Hindi Medium and following it up with the remake of Ban Ja Rani for Tumhari Sulu and Patola for Blackmail, followed by two originals (Nachle Na for Dil Juunglee and Kaun Nachdi for Sonu Ke Titu Ki Sweety).

Punjabi pop has been around. And the continued run of older names like Daler Mehndi, Sukhbir Singh, Dr Zeus, Apache Indians and others only serves to show how massive it’s become in India itself. Not just Bollywood, it has impacted music in the South as well.

AND HERE’S WHY…
Fads come and go. Not so with popular Punjabi music and that’s because it is a culture-driven industry. Punjabis are everywhere and where they are, there is music and dancing.

In an interview, Diljit Dosanjh has said, “The thing about the Punjabi audience is that if they like your work, they will make a relationship with you, It’s a very gharwali relationship, and they will love you no matter what then.”

HOW IT BEGINS
Punjabi artists mostly start with an independent project, which they work upon real hard as the boom of the Independent project leads them to seize a shot in Bollywood Music industry. But just like the Pakistani Independent Music, Punjabi Independent music artists have to outperform as Pollywood isn’t making as much profits as their rich cousin in Mumbai. Nowadays, Punjabi artists go on a tour to perform live shows abroad. And with record labels always on the lookout for fresh talent, there’s hope, but it’s still an uphill climb.

COMPETING WITH LATIN MUSIC
Punjabi pop has markets in Canada, UK and Dubai, all places where there’s a heavy concentration of Indians. Latin American music has been around for far longer and as compared to Punjabi pop, which is still growing and developing.

THE NUMBERS
The growth rate of Punjabi music, according to Daily Mail is 60% – 80% more than that of last two to three years whereas according to The Grammys, Latin Music has been growing on a pace of 80% to 90% each and every year, with songs like Despacito – Luis Fonsi ft. Daddy Yankeeand Justin Bieber (2017), Para Enamorarte – CNCO (2016), El Perdón – Nicky Jam y Enrique Iglesias (2015), Bailando – Enrique Iglesias Descemer Bueno, Alexander Delgado (Gente de Zona) (2014), going up to Livin’ La Vida Loca – Ricky Martin (1999).

THE PUSH
Both genres begin to get prominence in the 90s but Latin Music has the bigger audience. Simply put, an Enrique Iglesias has more audience appeal than Raftaar or Badshah. The reason Latin Music is flourishing at pace is that they also have the backing of English Pop – R&B artists. If Despacito was taken as an example, Before Justin Bieber making a version of the same, Despacito was still quite famous and had a stunning amount of views. But after the Justin Bieber version, the song was the most streamed of all time, bearing 6.5 million streams. American and English Pop artists like Justin Bieber, Beyonce, Demi Lovato collaborated with the Latin Music artists as they have a huge audience appeal.

WHAT’S NEEDED
The genre is progressing and expanding at its pace, but to improve along with other Music genre’s, Punjabi Pop is expected to bring ‘state-of-the-art’ content. Maybe new artists, new styles or a new trend. They bear enough power to break through all stereotypes and boundaries. They just need the inspiration and the right amount of exposure. Mr Lou Rawls said, “Music is the greatest communication in the world. Even if people don’t understand the language that you’re singing in, they still know good music when they hear it.” Therefore, Punjabi Music just needs to conquer the linguistic barriers.