Eminem aims for Machine Gun Kelly, drops a diss track for the ages!

The comeback to MGK’s ‘Rap Devil’ is here and it’s got jaws dropping everywhere about how savage Marshall can get… effortlessly, at that!

It all began on August 30 when Eminem dropped his surprise album Kamikaze. That’s the first time the jaws dropped. A treasure trove of diss tracks, it had Eminem go off on a bunch of rappers from Machine Gun Kelly, to Lil Pump, Tyler The Creator, Drake, Chance The Rapper, Lil Xan et al.

The reason Em went on and on about MGK is a tweet from 2012 where he called Marshall’s daughter Hailie “hot as f**k”.
““And I’m talking to you but you already know who the fuck you are, Kelly/ I don’t use sublims and sure as fuck don’t sneak-diss/ But keep commenting on my daughter Hailie,” rapped Eminem on “Not Alike.”

MGK, for one, lost no time and came out on September 3 with ‘Rap Devil’, a song that has him laying into everything from being sober to Em’s weird beard…

His reasons for doing it? “Standing up for myself and my generation”, apparently.

im standing up for not just myself, but my generation. im doing the same shit you did back in ur day. life is still real on my side, and i had to take time from the grind to defend myself from someone i called an idol. love, Rap Devil. 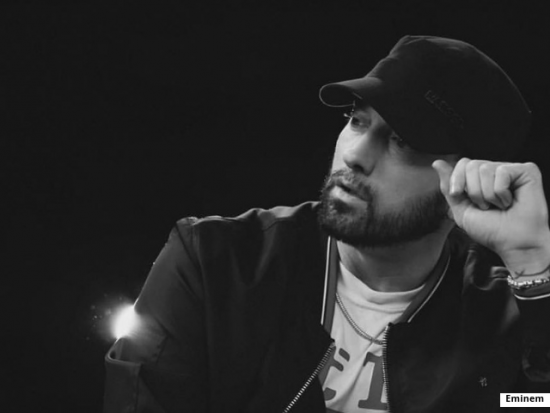 Don’t act like you didn’t know this would happen 🤭oh my what have you got yourself into. 🤨get the strap #lecheminduroi @Eminem 🐐 pic.twitter.com/LAfPiZ5UdG