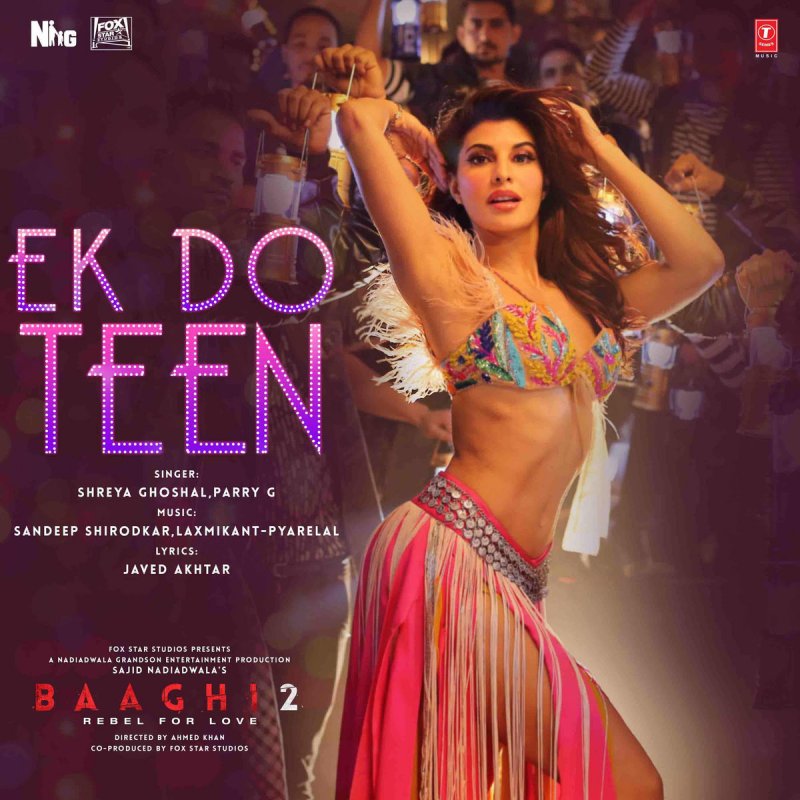 Quick question: If your song teaser is 24 seconds long and the video of the song itself is a minute and a half long, what’s the point of releasing the video?
Let’s not even compare this to the original! It’s THAT bad. Yes, despite the remake being sung by Shreya Ghoshal.
The whole point of a remake is to attempt to do one better/ pay tribute to the original. This one, in the version we see, does neither.
Jackie may look the part here, but the original had more to do with expressions and nuanced
choreography and the sentiment than anything else. From what we know, Jacqueline Fernandez has a special appearance in the film.
Also, this video gives you a Chikni Chameli-meets-Sau Tarah Ke vibes, sans the appeal of those songs.