Divine’s ‘Junoon (Intro)’ is about maa, mehnat and the story-so-far

And why his hard-hitting confessional spells out what rappers like Emiway Bantai are lacking (junoon, in case you were wondering) 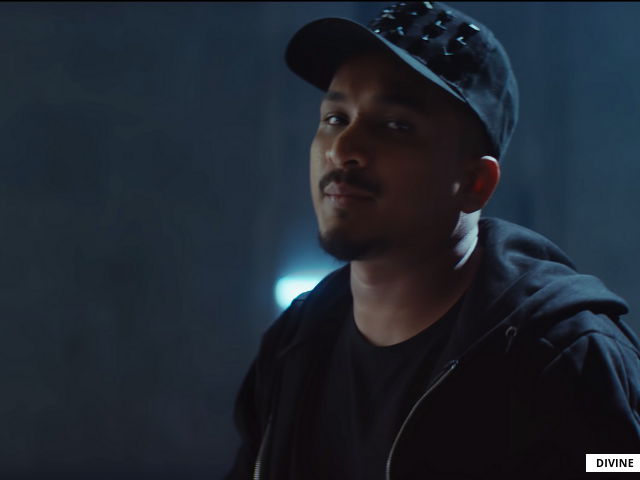 It’s a single or the signal of something bigger coming soon. But Divine’s ode to the single-minded pursuit of one’s passion through sheer dint of hard work, focus and a mother’s support will hit home hardest with certain “underground rappers” of the city claiming the throne.

If you ask us, there’s only so many times you can roam the same streets and spit rhymes on the same beats and boom on the same bars baar-baar. But let’s give the ‘Jungli Sher’ the benefit of doubt.

The description reads that it “is the intro to his first body of work”. By that definition, it makes sense for Vivian Fernandes (aka DIVINE) to re-tell his story for those who came in late.

As a listener, you look for rhythm and poetry and there’s both in some measure. Not as consistently, but you make your peace with it. In any case, it’s far more coherent and fluid than the flow of some distracting diss-tracks you may have heard recently.

If rhyme (and not repetition) is what you seek, you will be found wanting. And that needn’t always be a bad thing.

The single, released via DIVINE’s Gully Gang Records, features music by Phenom and lyrics by Divine.

Watch the video here and tell us what you think…