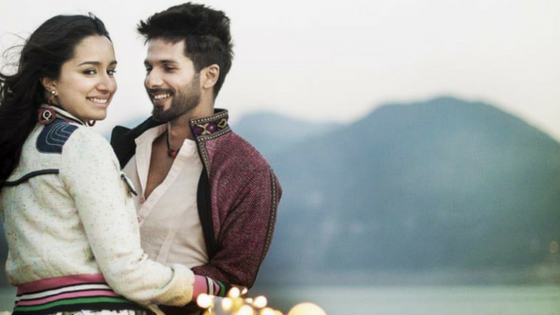 We’re not a fan of re-creations per se, but there’s a case here for one that’s well-done and respects the original enough to have an identity of its own. Kudos to composer Rochak Kohli and lyricist Manoj Muntashir for finding the right balance of old and new.

It would be criminal to call this a remix. It isn’t. It’s a respectful remake/re-creation (or let’s call it a re-interpretation, for argument’s sake) that’s a rare breed in Bollywood.

And while that’s a piece for another day, what we can tell you is that Atif Aslam may be the most known star credited here, but the real stars are undoubtedly Rochak Kohli and Manoj Muntashir.

Atif’s rendition is modern, competent and has him singing in his signature style for a situational track and we get that. But would it have hurt to put in a little more energy into the performance? It feels restrained, somewhat.

Moving on to the video, it has Shahid Kapoor and Shraddha Kapoor not on talking terms for the first part of the video. If you’ve watched the trailer, you might have a calculated guess about why he’s missing her. About why he’s reminiscing about the good old times.

The visuals tie in perfectly with Manoj’s superlatively good lyrics. In fact, the lyrics are so good, they work not just in tandem with the visuals, but in spite of it as well.

We reached out to Rochak to ask him about the creation of the song. He shared, “I had an awesome time recreating the legend’s work! This is a Shayari-based song and Manoj is the best when it comes to Shayari! So each moment was a ‘waah’ moment with him. Bhushan ji’s regular inputs kept on coming till we cracked a perfect mix of a classy yet simple tune as well as lyrics.”

He added, answering the question we already had on our minds, “I must tell you that re-creations are the toughest to do! I have sincere praise for those who recreate with a knack and are able to achieve a good song!!”

Manoj, who has worked on re-creations before had this to say, “Very few songs utilize the innocence of words to its full potential. Dekhte Dekhte is one such rare number. I remember when I wrote the line, ‘Jeene marne ki/hum thay wajah aur hum hi/bewajah ho gaye/ dekhte dekhte’, Rochak Kohli took a deep sigh of affirmation. I knew we had hit just the right note.”

The right intentions always shine through!

Here’s the video for the song…