Dear Harry Kane, Here are 5 songs to ‘reward’ yourself with, now that you’ve won 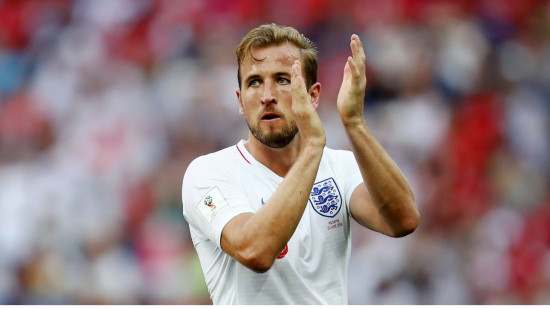 England football captain Harry Kane picked Calvin Harris & Dua Lipa’s ‘One Kiss’ when asked by a Brazilian program to pick a song as his ‘reward’ for a rousing 6-1 win (and a personal hattrick) over Panama. That win secured the team a place in the Round of 16 at the FIFA World Cup 2018 in Russia. Tonight, they go up against Colombia. And here are our five recommendations for Harry Kane to consider, if the question pops up again…

SHOTGUN
George Ezra track has the lines: There’s a mountaintop that I’m dreaming of/ If you need me you know where I’ll be.
Yes, Harry… we have faith you’ll ace this match and find yourself at the mountain top of the highest scorers.

SOLO
This Clean Bandit ft Demi Lovato track is actually a breakup anthem, but if you’ve been following England’s matches, you’ll know that despite football being a team sport, the line: I did it SOLO could apply to Harry. That hattrick won’t go out of our heads in a hurry.

I LIKE IT
Cardi B‘s track with Bad Bunny and J Balvin isn’t a British track, per se, nor do the lyrics correspond here. It’s just such a banger of a track that’s playing everywhere you go, that it just had to be here and given the form Harry Kane is in, We like it like that.

I’LL BE THERE
Harry Kane may be a high-scoring individual player, but he’s also a team player. This Jess Glynne song with the lines
I’m gonna, gonna come through gives you all the confidence you need.

FAMILIAR
It’s a come-hither song by Liam Payne & J Balvin but has just the right amount of sass and sexiness that this winning habit of Kane’s is going to be a familiar feeling.