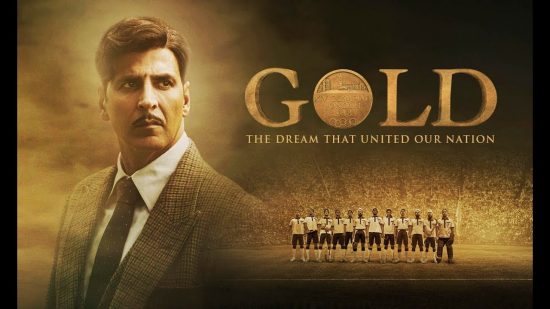 What does additional composer’ mean anyway?

The trailer for Akshay Kumar-starrer Gold released and the pursuit of Olympic gold under a free India had us inspired and motivated to rediscover the sport and history of hockey.

Similar films like Soorma and the recently released Khido Khundi are stories of personal triumph. Gold, however, deals with the trials and tribulations of doing good by your country, with the added responsibility of doing so, in pre-independence-era India.

In fact, the trailer gets your pulse racing and the background music is a spirited take on what a great sport-inspired score can sound like.

Which begs the question: Why is the nomenclature misleading? ‘Additional’ implies that Arko, Tanishk and Vayu were last-minute ‘additions’ or an afterthought, which given their track record, we believe they most definitely were NOT.

Unlike other multi-composer film’s credits in the recent past, where all names usually go under a broad heading of ‘Music by’, or ‘Guest Composer’ (which indicates the quantum of output), the credits here seem to betray a different bias.

We would like to believe that considerations of seniority or popularity had little part to play in the way the differentiation plays out here.