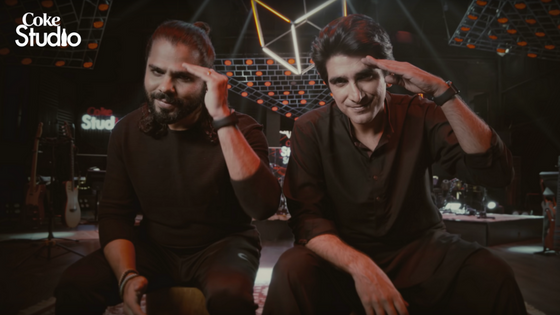 With Coke Studio announcing its lineup for the eleventh season in Pakistan with the introductory song, Hum Dekhenge, with music set to the words of Faiz Ahmed Faiz. it’s a brave new world.

The latest season will be produced by Ali Hamza and Zohaib Kazi, who take over from Strings. Over 70 artists feature in the Hum Dekhenge video and each brings with them a unique sound. It is a mix of newness and experience, experimentation and tradition that comes through. While a date has not been announced, it is believed that the show will take off in August.

For those who aren’t aware, the season had a prequel of sorts, a series called Coke Studio Explorer (kind of like what India’s MTV Sound Trippin’ was), a five-episode run, which began July 3.

Pakistani pop rock band Strings, known for songs like Duur, Dhaani, Anjane and Chaye Chaye among other hits, were responsible for the production of Coke Studio Pakistan from Seasons 7 to 10.

A month before the tenth season ended, Strings announced that they were quitting the show to concentrate on their music.

CS Pakistan began life in 2008 under former Vital Signs member Rohail Hyatt. Upto five seasons, it was smooth sailing, then came competition from similarly themed shows like Nescafe Basement and Pakistan Idol and during Strings’ tenure, Pepsi Battle Of The Bands returned for a second season after a 15-year gap.

Ali Hamza has been a part of Coke Studio from the time it was created, having found success both with his band Noori as well as his solo career. Zohaib Kazi, too has been around and is also the creator and music producer of Patari Fanoos.