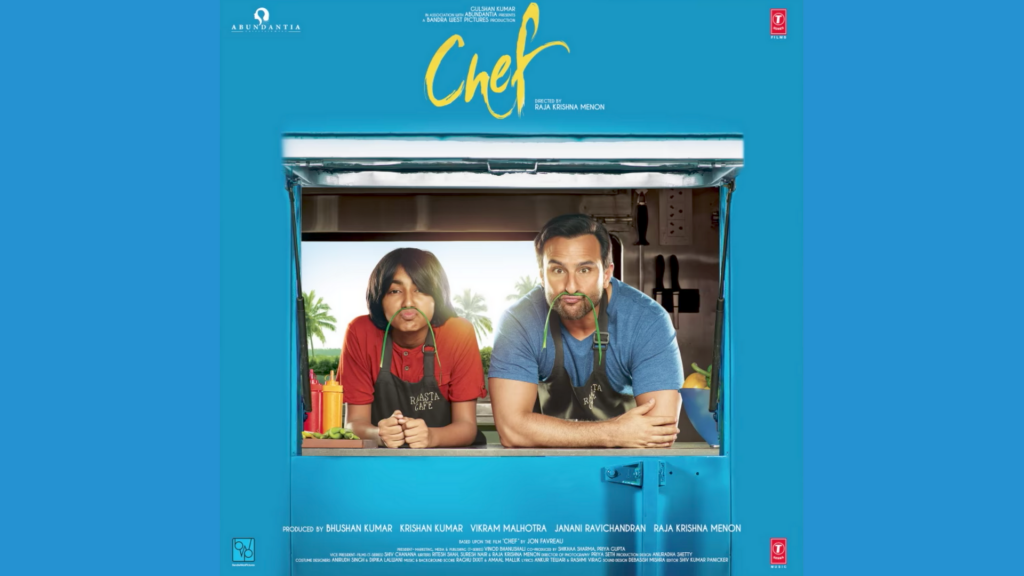 Chef, T-Series
Music: Raghu Dixit & Amaal Mallik
Lyrics: Ankur Tewari & Rashmi-Virag
Rating: 2.5/51. Shugal Lagaa Le: Vibe-wise, it’s a cross between a marching song and a road-trip track. Ends up sounding like a jingle, despite some lovely guitar and banjo playing. Folksy, large-hearted, but goes on and on. Could’ve easily been a minute and a half shorter.
2. Darmiyaan: An introspective song, it coasts by on the what-if feeling everybody goes through. It’s actually not as heavy as you’d expect. But you’re bound to skip to the next one after a point.
3. Tan Tan: Nikhita Gandhi puts in a spirited rendition in a winning swing song with food-fuelled imagery that hits the sweet spot and ends on a high!
4. Khoya Khoya: Shahid Mallya takes a semi-classical song that doesn’t seem out of sorts in an RD Burman album. It has an old-world charm that’s hard to nail these days.
5. Banjara: Vishal Dadlani has a go at it, but it feels quite middling as a song for the road.
6. Tere Mere: Guest composer Amaal Mallik has brother Armaan Malik singing over what starts out as a sparse, almost acoustic soundscape. It moves from strings to the the gentlest of percussion which stays there throughout. The flute segment barely registers. Rashmi Virag writes the lyrics in a conversational tone. At just shy of six minutes, Tere Mere doesn’t let go of you right till the fading lines. And that’s saying a lot.What we think: There’s an overwhelming feeling that despite the high quality of music here, Raghu Dixit is preaching to the wrong crowd. Amaal, with one song, makes the much-needed (if a little late) impact.
>