‘Chan Kitthan can truly be called an independent single’ 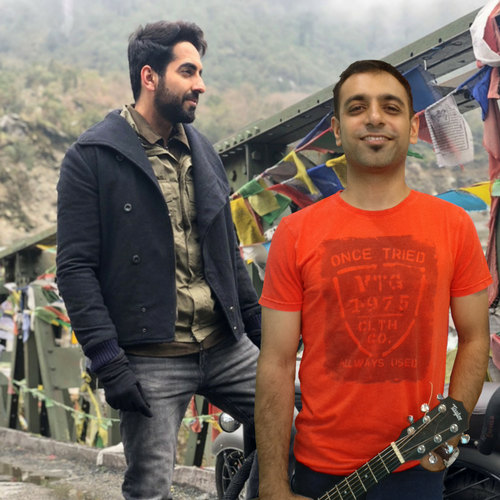 The single, produced by T-Series’ Bhushan Kumar, sees the duo recreate an old Punjabi ghazal in their unique style. Joining them, is Kumaar, who has penned the lyrics of the song on unrequited love.

Of the music, Rochak says, “In terms of music and hard work, this song would be the best of my career. Kumaar and I sat for days on end to crack the song and make it rich. Ayushmann’s vocals add a fresh touch to the melody, which takes the song away from the typical Punjabi and film-music zone. ‘Chann Kithan’ can truly be called an ‘independent single’.”

An excited Ayushmann, who sings as well as features in the video says, “It will be my first single in two years (the last being Ik Vaari). That’s only because I was busy with three films last year. Each film had a song I’d sung, so I didn’t get a chance to record an independent song. Once I got a gap between shoots, I went ahead and recorded for this song.”

Tumhari Sulu director Suresh Triveni directs the video of the song, which features South actress Pranitha Subhash opposite Ayushmann. Pranitha is best known for her roles in Baava, Attarintiki Daredi and Bheema Theeradalli.

What’s more, Ayushmann plays an undercover cop for the first time. But this isn’t the first time he’s working with Suresh. “I did a guest appearance in his directorial debut film Tumhari Sulu and I loved the film. I developed a good bond with him there onwards and wanted to work together. I am glad we are doing Chan Kitthan,” shares the actor-singer.

The video was shot in several pristine locations like Khardungla Pass, Tsomgo Lake, Gangtok and Tashi Namgyal Academy in sub-zero temperatures, it is learnt.