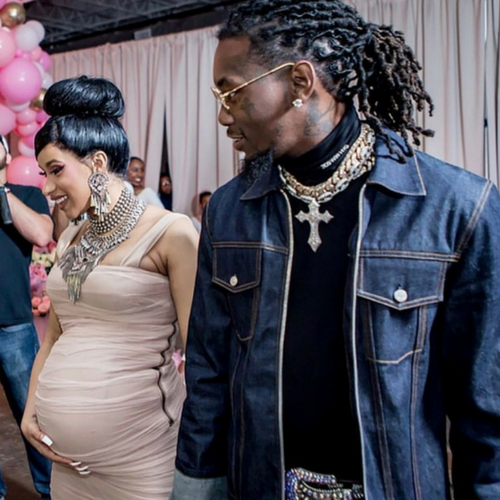 Cardi B & Offset during her baby shower | Via @iamcardib/Instagram

No pictures released, just a caption revealing the name and birth date

Cardi B and Offset have officially announced the arrival of their baby girl. But that’s it. No pictures as yet, but knowing Cardi’s penchant for sharing, they will come. But the name of the baby girl was revealed. On Instagram, Cardi B shared the name as Kulture Kiari Cephus.

The name sound odd? It shouldn’t if you know what Offset’s given name is: Kiari Kendrell Cephus. No news about the first name’s origins, though.

A night prior, she shared an Instagram story with the text: ‘Set it off then’.

The first revelation about Cardi’s pregnancy came during an episode of Saturday Night Live in April ending months of speculations that she was, in fact, pregnant with Offset’s child.

Also, a couple of weeks ago, news leaked that the couple had married in secret at home hours after Offset proposed.

While this will be Cardi’s first child, Offset has three children from earlier relationships – sons Jordan and Kody and daughter Kalea Marie.