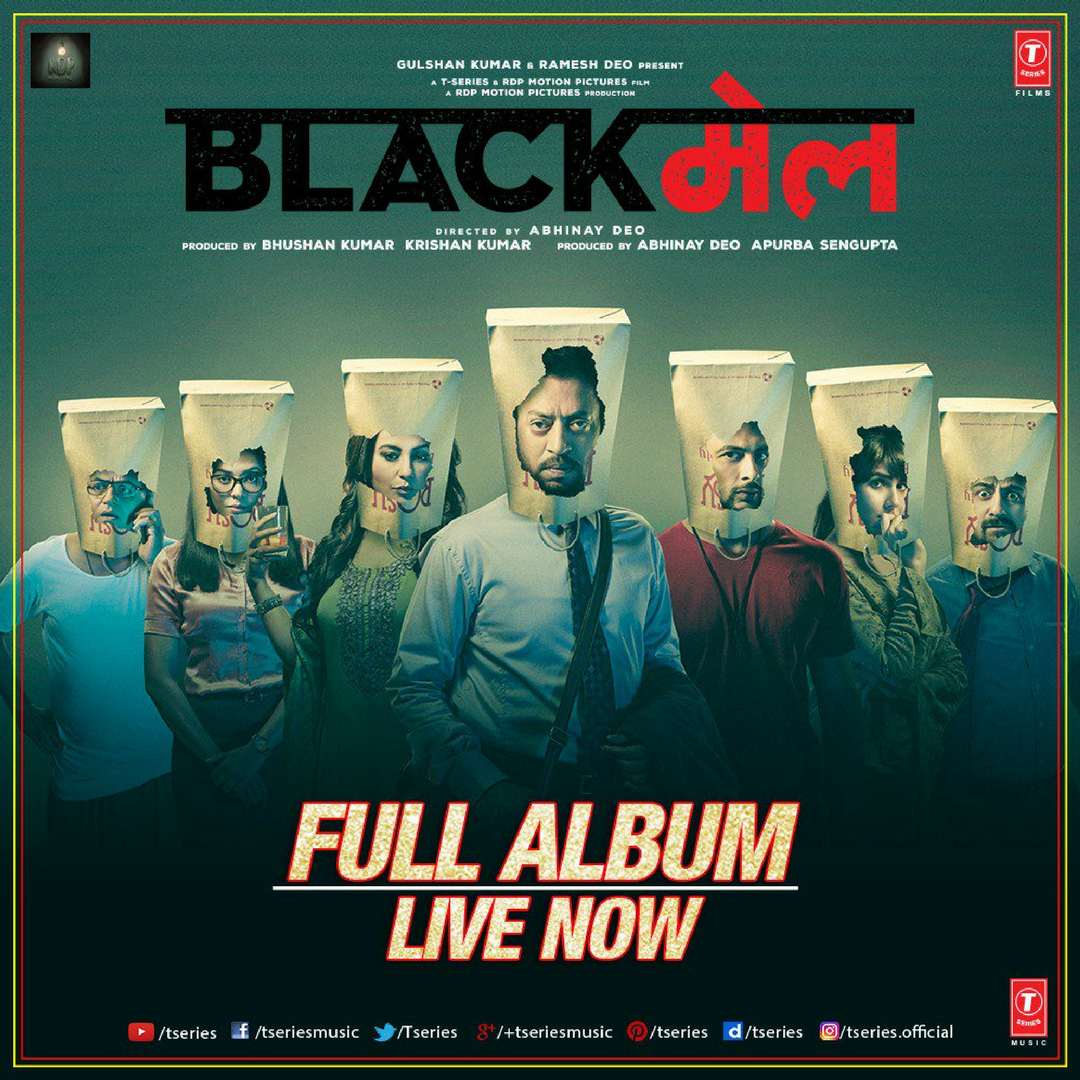 1. Happy Happy: Badshah effectively captures the film’s quirkiness, bottling it into a bopper, teaming up with Aastha GIll (DJ Waley Babu fame) to make you laugh away life’s troubles. Gets you lyrically, but flow feels rather laboured.

2. Patola: Guru ditches #BOHEMIA for a re-creation of their hit ‘Patola’, this time as a ‘wedding anthem’. He loses some of the electronic elements and the outdoorsy sound for a more ethnic, big-room sound.

3. Bewafa Beauty: Might as well be the introductory track of the film. Pawni Pandey brings alive the 90s vibe even as Amit gives it the “orchestra” treatment, ergo, a dance-bar vibe. However, supported by Amitabh’s measured yet quirky Hinglish lyrics, it never sounds vulgar.

4. Badla: Amit Trivedi rages through this battering-ram of a track, with DIVINE on his tag team. Has that unmistakable us-versus-the-world feel. Rather quotable lyrics by Amitabh and (rap lyrics by) DIVINE and Dhaval Parab.

5. Nindaraan Diyaan: Amit Trivedi rocks it out, backed by the sublime Warren Mendonsa on guitar (that fantastic solo at the end has to be heard to be believed) followed by Jitendra Thakur on violin (far more subtle) building into a superb crescendo that makes you go WOW.

6. Sataasat: “Kar le gunaah”, goes Amit sultrily on this rather boozy-sounding song as he rambles on about taking life into one’s own hands (literally), taking control of one’s situation, that sort of thing. Lyricist Amitabh Bhattacharya does well to throw you a bit, pitching shuddh Hindi spinners like “swayam” and “karyakram” in the same breath as Mumbaiyya Hindi words like “bandobast”, “mast” and “sataasat”.

VERDICT: Amit Trivedi goes into this one guns blazing. Only two hit the mark instantly for us, though. The other two will take their time to grow on us, we feel. Guru’s is a tried-and-tested hit. Badshah brings it, but the effort in doing so, shows.