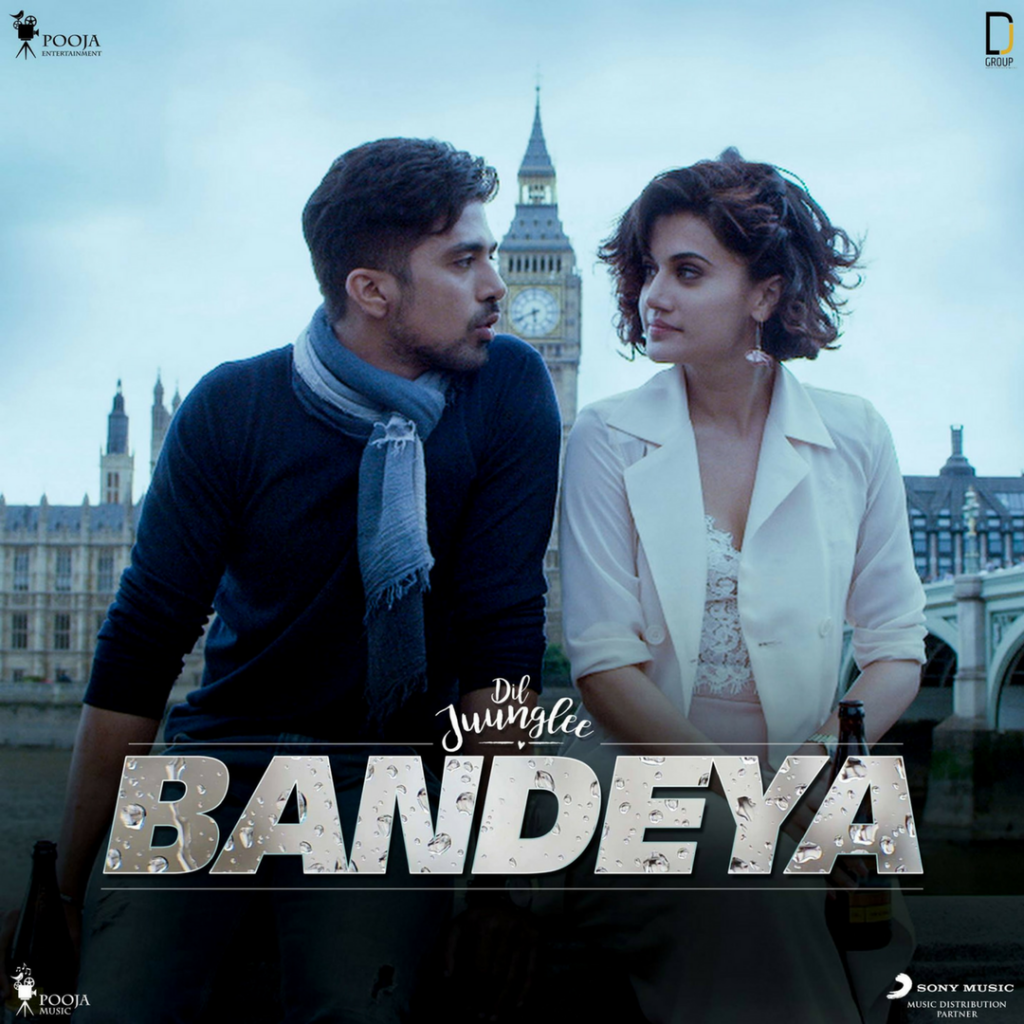 No ‘Juunglee’ fun-and-games in the rather mellow, but beautiful ‘Bandeya

Would one be curt by saying this music video of Dil Juunglee is refreshing? It, after all, the least smiley song released so far. Also let’s face it, all the fun and games had to stop somewhere! All the mad yodelling, the crazy dancing, those long stares had to end, right?

People grow up, it’s a fact of life. That maturity shows (somewhat) in this video featuring the cast, led by Saqib Saleem and Taapsee Pannu. Shaarib and Toshi keep the vibe very lounge-ish, laidback, but at the same time, Arijit’s delivery of Devendra Kafir’s lyrics retain the poignancy. There’s a nice contrast there.

It’s obvious there’s a mix of the good old days and the present-day situations. You know something is amiss and the video builds your interest to know more.

Directed by Aleya Sen, the film reunites Sen with her cast from the video for the independent single #TumHoTohLagtaHai.

Dil Juunglee, produced by Deepshikha Deshmukh and Jackky Bhagnani, was earlier slated to release on February 16, but will now release on March 9, 2018.