Badshah’s ‘Heartless’ urges you to see beyond the obvious 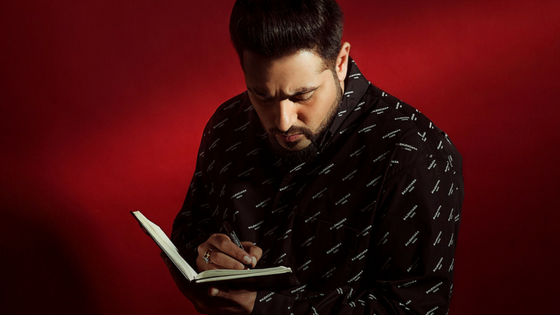 Being a celebrity is tough work. When you’re a role model, living up to expectations without it turning into public spectacle is even more difficult. Badshah should know. His every move, his every verse is finely scrutinised and dissected. Currently at the pinnacle of his career, he’s a media darling. And he’s keenly aware that, that perception can (and will) change when it suits public perception.

At least, that’s the idea behind his incognito visit to a fan in the video for the Gurickk G Maan-directed Heartless, Badshah’s just-dropped single from his upcoming album, O.N.E.: Original Never Ends, out August 17, through Sony Music India.

The video starts out with Badshah travelling in a rickshaw and a passing driver even wonders aloud (with ‘Mercy’ playing in the background) if it’s the country’s biggest rapper waiting in traffic beside him. He thinks better of it and goes his way.

Badshah responds to a message sent by ‘Sis’ receiving updates about someone. He soon receives a phone call from actress Parineeti Chopra and tells her he’s visiting late because he wants to keep the meeting with the so-far mysterious person ‘private and personal’. The point is underscored when he passes news OB vans waiting for him to show up or pass by.

He soon reaches his destination… what you probably think is a residence of the fan in question. She’s been waiting a long time and you realise she’s a child who’s a dancing prodigy. You can tell she loves Badshah dearly and the two spend some sweet moments as he raps to her and she falls asleep in his arms.

What happens next is something you’ll have to figure out after watching the video.

Aastha Gill is Badshah’s most constant collaborator as well as the featuring singer on this single and it’s no surprise that the little girl in the video is named after the Buzz singer (inconsistently so, in the video). What’s surprising is that the newspaper clippings on Aastha’s wall are persistent in misspelling her name. Her certificates and awards spell her name correctly.

Badshah’s point made is simple. Behind every perceived and seemingly obvious truth is the actual truth. The one that’s more personal and less striking and almost always something we’re least likely to believe.

Gurickk’s treatment of Badshah’s verse is singlehandedly the reason for the video’s emotional heft. You cannot but be moved by the child actor Aashi Mickey’s expressive (though somewhat vacant) eyes. You can see her struggling with something (that becomes apparent as soon as you keep watching the video) that she doesn’t need words to express. Badshah works the ‘father figure’ angle remarkably well in what is one of his most restrained performances ever. Someone give this guy a role in a film already!

And yeah, watch the video to the very end.

You can watch the music video for HEARTLESS here…

PS: In case you’re wondering, both books you see in the end of the video, don’t exist. The most famous JD Crowe we know is a bluegrass musician who has no book to his name called The Unsolvable Paradox. Though it’s entirely possible that GG Maan (Gurickk Gurdas Maan) might write a book called My Tryst With Travesty someday.