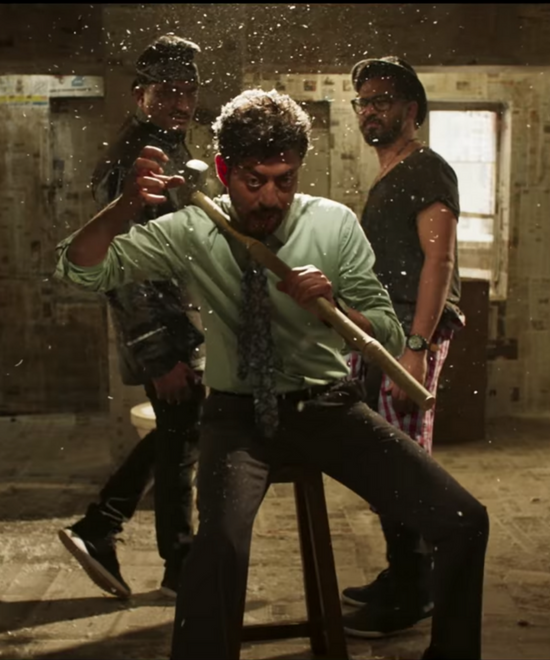 What’s not to love about this video, really? It’s a starkly different video featuring Blackमेल’s lead actor Irrfan alongside Amit Trivedi and DIVINE.
Taking a sledgehammer to a pillow fight might sound silly to some, but only serves to raise the curiosity quotient of the video.
Also, while it would have to be a first for Amit to have rapped on an entire track, the fact that he does so with this particular seasoned rapper would have to be another first.
A wild rumble for sure, it perfectly captures the film’s quirkiness, bottling it in with the maddest lyrics you’ve seen on a track, courtesy Amitabh and DIVINE.