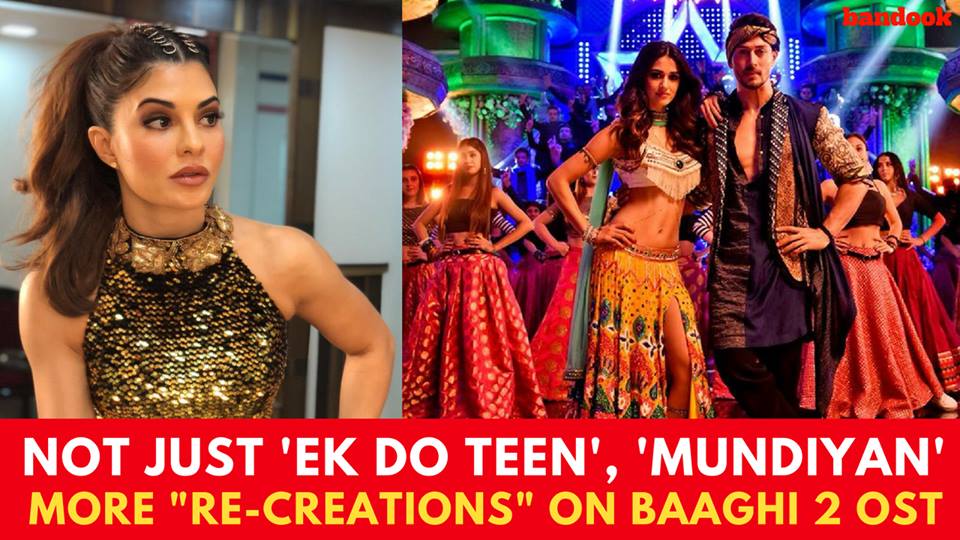 Yes, we’ve all heard the story of how Baaghi 2 will have an Ek Do Teen remake. Just today, another one (‘Mundiyan’ is the “remake of Labh Janjua& Panjabi MC’s Mundian To Bach Ke) was announced. But did you know that the sequel will have not just two “re-creations”, but allegedly two more? Sources say that’s exactly the case.

Baaghi 2, starring Tiger Shroff alongside real-life girlfriend Disha Patani(instead of Shraddha Kapoor, who featured in the original) is one of the highly anticipated films this year. The recently dropped trailer raised eyebrows for its similarity to Telugu superhit Kshanam and some fans of the original even alleging that it’s a remake and that the original should be credited.

Remakes are a thing this year. To loosely borrow the term, this applies to film music as well. At least one other film in recent memory has three remixes. Sonu Ke Titu Ki Sweety has three, too. Except two are remixes of independent singles, only one comes from another film OST.

The Baaghi 2 soundtrack, quite obviously, is going to be a big draw. And that would be a good opportunity to showcase original music. But no. WIth the recently announced Mundiyan and the Ek Do Teen remake picturised on Jacqueline Fernandez, and supposedly one or two more on the way, one has to ask: Where have all the originals gone?

Mithoon has never gone in for remakes/remixes, Sandeep Shirodkar is re-creating ‘Mundian’, so that leaves Gourav Roshin or Pranaay Rijay to have their slots next. Arko Pravo Mukherjee has done re-creations in the past, though not for films (Mainu Ishq Da Lageya Rog with Tulsi Kumar in 2015 and Salaam-E-Ishq with DJ Shilpi Sharma in 2017), so we’re not counting him out. Though, if we had to bet on it, he’s probably going to have an original on the OST.

Agreed, a remix done well and/or pertinent to the storyline might serve to add to the cinematic experience, but doing it because everybody else is and because they’re working (as seems the case), seems a little too desperate. We hope that isn’t the case. And it’s not like we’re lacking in originality anymore.