B Praak’s ‘Masstaani’ is formulaic, but has an ending you don’t see coming!

Betrayal continues to play on lyricist Jaani’s mind, as B Praak sings the blues like no other 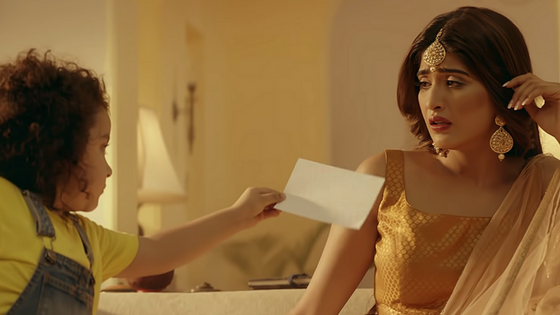 Nimrit Kaur Ahluwalia in a still from B Praak’s latest single, Masstaani

If it’s déjà vu you sense while watching singer-composer B Praak’s Masstaani, you need to look no further than his two partners-in-crime, music director Arvindr Khaira and lyricist-composer Jaani. Between the three of them, they’ve perfected the art of telling stories of betrayal with the emotional heft of a sledgehammer.

The video opens to a confrontation between two women over a man (Dhruv). He’s a two-timer and the new girl (played subtly by the lovely Nimrit Ahluwalia) is being brought up to speed about her guy’s philandering ways by the guy’s wife, played by Mink.

Mink doesn’t say as much as she shows. Family photos of happy times, no less. Devastated Nimrit helplessly watches as the guy she most likely was getting ready to marry, leaves her without as much as a by-your-leave to run back to his wife. She follows him to his (other?) home, possibly to try and salvage the relationship? What transpires next is what you need to see the video to find out.

What we can tell you is this. Arvindr’s storyline channels the same emotions he used for Ammy Virk’s Qismat or B Praak’s Mann Bhareya. However, he uses child actors to great effect here, something that wasn’t such a big part of Qismat. Thematically, he follows the same template he did for Mann Bhareya… abusive husband/lover, wronged girl who’s had enough and the larger-than-life B Praak with his booming baritone belting out the high notes.

Yes, he’s formulaic as hell, but think about this adage while you pick a fight about it: If it ain’t broke, why fix it? The only reason Arvindr’s stories work as well as they do, is because heartbreak is a universal emotion. And while many don’t admit it, everybody wears their heart on the sleeve.

Jaani’s powerful lyrics is the cornerstone of this powerful track. There are some hard-hitting lines here that make you go wow, even if your command over Punjabi is rusty. All you need to know is the story of Bajirao Mastani (as one B Praak fan pointed out), and you’ll know what to expect. Or so you think…

A Speed Records and Times Music release, Masstaani is a gaana Exclusive.

Watch the video to let the tears start flowing…