The Prince of Romance strikes again. His latest Telugu single Padi Padi Leche Manasu, is yet another breezy, romantic number that’s sure to sweep you off your feet.

Padi Padi Leche Manasu is the title song of the Sharwanand-Sai Pallavi starrer and sees him back in Tollywood following the foot-tapping Anaganaganaga (Aravindha Sametha) and the melodious Beautiful Love (Naa Peru Surya Naa Illu India).

Vishal Chandrashekhar has composed the music with and Krishna Kanth has penned the lyrics for Padi Padi.

Sinduri Vishal joins Armaan a little later in the track, which plays out as a conversation between the hero and heroine.

Emotions come to the fore as the hero tells the love of his life that when her lips curve in sadness, it’s as if he’s losing his life.

The second has him telling her that their hugs are so unreal, it’s almost like it’s out of a film scene. He wants to walk behind her and be hers forever.

Armaan’s soft voice perfectly complements Sharwanand’s features. From what we know, the song has been sung and recorded in three different states (Hyderabad, Chennai and Mumbai). Going by the lyric video, it appears to have been shot in the cool climes of the Himalayas.

If you’re familiar with AM’s previous singles this year, you’ll be aware that this one is quite different in composition as well with a generous use of acoustic, electric and bass guitars, along with violins, veenas, Carnatic guitars and more.

If that doesn’t make for a heady single you can’t stop grooving to, we think you’re dead inside. 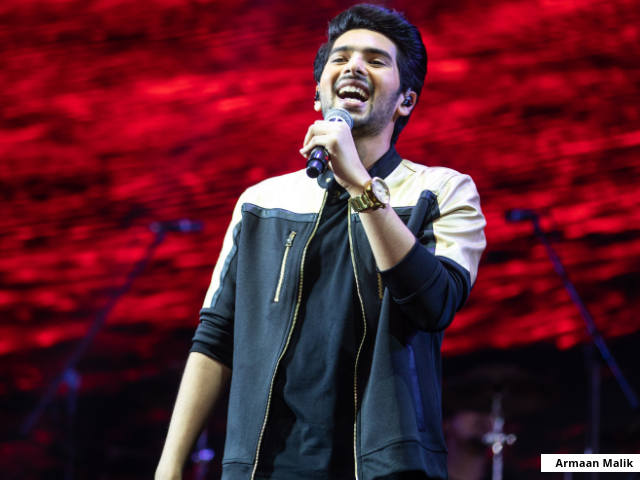