Amit Trivedi does the unthinkable with the latest Fanney Khan single! 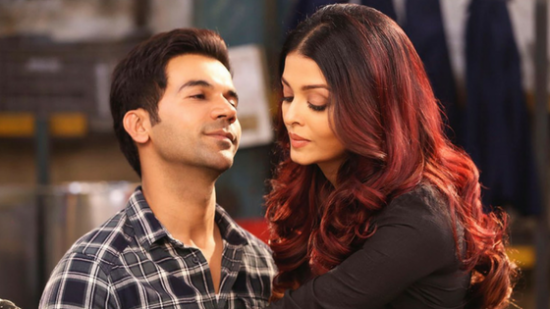 Halka Halka, the second single of Fanney Khan is out and one thing is clear — if the country’s biggest (fictional) singing superstar is Baby Singh (played by Aishwarya Rai Bachchan) — then cover versions is the next big trend in Bollywood. Or it already is.

Call it what you will — re-creations or whatever — what we’ve gleaned from the first two singles is this, there’s no fighting the fad. It’s one thing Tanishk Bagchi doing a remake of ‘Jawaan Hai Mohabbat’ from the 1946 film Anmol Ghadi, originally scored by Naushad, penned by Tanvir Naqvi and sung by the legendary Noor Jehan. It’s totally another thing Amit Trivedi remaking/re-creating a classic: Nusrat Fateh Ali Khan’s Yeh Jo Halka Halka Suroor Hai. And correct us if we’re wrong, AT has never re-created a song. EVER.

That could’ve been a bad thing, but he’s already done judging The Remix, so he probably picked up the confidence to wash his hands in the behti Ganga and join the ‘Remake/Re-creation Gang’ and beat them at their own game.

So, you have Halka Halka, sung by Sunidhi Chauhan and Divya Kumar. It’s been transformed completely, going from qawwali to summery Bollywood dance earworm (set to mostly new verses, courtesy Irshad Kamil) in no time at all.

Yes, we get that they’re doing their job and that we shouldn’t be surprised. Fanney Khan is, after all, a remake of the Oscar-nominated Everybody’s Famous!

Two singles released so far and both are remakes. If that doesn’t tell you what you need to know, nothing will.

Rajkummar Rao plays reluctant kidnapper and ARB is ‘victim’ (hardly feels that way, going by the trailer or this video, though). Not so much Stockholm Syndrome, as much as picking the wrong partner in crime, we think.

Fanney Khan releases August 3. So, if we’re reading this right, the soundtrack should be out a week prior.