All The Cameos in Childish Gambino’s ‘Feels Like Summer’ 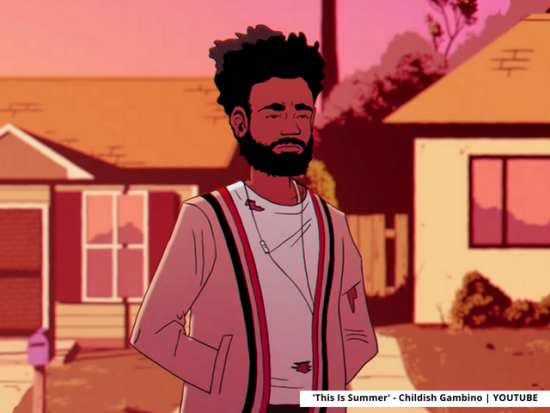 Following on the heels of his instantly iconic ‘This Is America’, Childish Gambino aka Donald Glover has released an animation video for his song Feels Like Summer which features a truckload of cameos by known rappers and an assortment of hip-hop artists and pop culture icons.

Donald, along with Ivan Dixon and Greg Sharp, has co-directed the video, with illustrations by Justin Richburg.

The video starts out with CG taking a walk down his neighbourhood as Lil Pump and Tripe Redd pass him by and head over to 21 Savage’s car and are shooed away.

The video ends with Whitney Houston and Michael Jackson, but the standout scenes include the ones with a crying Kanye West wearing a MAGA (Make America Great Again) cap, being consoled by Michelle Obama and Nicki Minaj building a brick castle which Travis Scott topples over (Queen vs Astroworld, anyone?).

Let’s see how many you can spot in the video.

Here’s the complete list of ‘cameos’ and at what point in the video they appear.

BTW, Back in July, Gambino dropped “Summertime Magic” and “Feels Like Summer” sans fanfare. Both were co-written and co-produced by Gambino and Ludwig Göransson, one of the rapper’s collaborators.

Also, surprisingly enough, Cardi B has been left out. Intentional?