Ali Zafar: ‘What I miss about Bollywood…’ 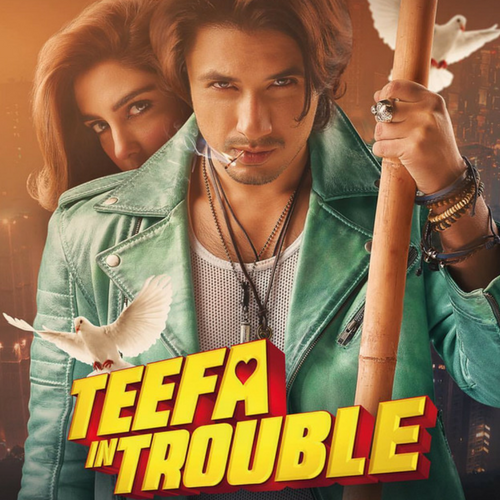 The singer-actor speaks to us ahead of the release of his home production, Teefa In Trouble

Pakistani actor-singer Ali Zafar has a new film coming out called Teefa In Trouble and we feel it’s as Bollywood as they come, despite being a Pakistani production. The music of the film has an Indian connection, though. Junglee Music is the music label for the film, which also happens to be Zafar’s first home production.

AZ completes 15 years in the entertainment industry, juggling both his singing and acting careers superbly. His latest film, opposite Maya Ali, looks like a slick production, and has him on music duty as well alongside another popular singer Aima Baig.

So far, two songs – Item Number and Chan Ve – have released with four more on the way, confirms Ali Zafar.

Excerpts from our conversation…

It has been 15 years for you in the industry. Going from Huqa Pani, Channo to Teefa in Trouble, describe the journey.
Well, the journey’s been fantastic. It’s been a ride. There’s been much to learn – that’s what life is about. I would say that if I were to choose a life again, it’ll be exactly the same life because it has been full of adventure. From the time that I started Huqa Pani to this time with my first home production Teefa in Trouble, there is so much to talk about and the fact that it has been a rollercoaster ride.

It’s been a while since Kill Dil, or even Tere Bin Laden and Dear Zindagi. What will it take for us to get the next Bollywood movie from you?
I think you can answer that question better (chuckles).

What made you sign Teefa in Trouble?
Well, it is my own home production. The dream was to make a film which inspires action, comedy, romance and has a fresh appeal to it and especially, have go-to subjects. It is indeed the biggest and most expensive film in all of Pakistan and the goal is to set the bar high and to break barriers and benchmarks.

Aima Baig has sung for the film’s soundtrack, but does your Teefa co-star Maya Ali sing too?
No, Maya doesn’t really sing, but she lip-syncs very nicely.

How did the lyrics of Chan Ve get that unique (Punjabi & English) spin?
Poetry is meant to come intuitively and I was just sitting down and humming the tune one day. My friend was playing the guitar and she said, “Melody chahiye” and I wrote this, thinking “Chan Ve Tu meri Mann ve, Sohniye you’re the one ve.” And then that’s how I wrote it. I matched Punjabi with the English, which I thought was the unique way to do this.

Do you agree with people already comparing Chan Ve to Salman Khan’s Selfish?
No, because I haven’t heard that song.

Will you and Danyal be doing a film together?
I think someday. Danyal is carving his own path and it’s great. And someday, we might come together for a project.

One thing you miss about working in Bollywood.
(After a really long pause, thinking) I think the overall experience. The love of the people and the good laughs that we had with our friends on sets and everything around it.