Ali Zafar: ‘Shaad Ali had come to Lahore for my music launch’ 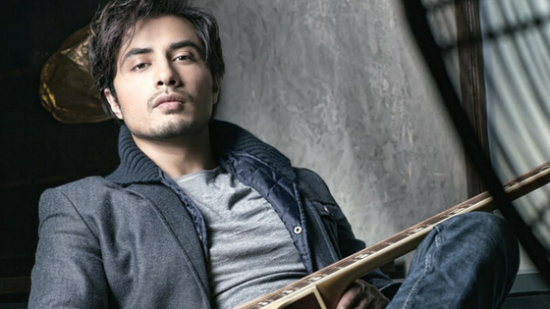 The Teefa In Trouble actor-producer on who he’s closest to in Bollywood.

Ali Zafar’s latest film is — according to the actor-singer-composer-producer — Pakistan’s biggest, most expensive film. He speaks to us ahead of the release of his home production, Teefa In Trouble, which releases July 20.

By the looks of it, it’s as Bollywood as they come, despite being a Pakistani production. The music of the film has an Indian connection, Junglee Music is the music label for the film.

Teefa… which sees him opposite Maya Ali, looks like a slick production, and has him on music duty as well alongside another popular singer Aima Baig. The six-track soundtrack has dropped.

Excerpts from our conversation with him…

Correct us if we’re wrong, is Lollywood going the Bollywood way with films like Teefa in Trouble.
Actually, I personally don’t like the word Lollywood, I’d rather call it the Pakistan Film Industry. But yes, I mean, Bollywood gives a lot of inspiration in the sense that the infrastructure, the movies, so it connects to viewers. We aspire for our industry to go on that scale someday. I mean, it is the biggest industry in the world.

You have already worked with Ranveer, Katrina, Shahrukh and Alia, among others. Who did you connect to the most, and would consider the closest to you?
Well, I can’t pick and choose any one single person because all have been so extremely nice and sweet. Whenever I have met them, whenever we have worked together, they would make me feel at home and feel loved, and that is something that I would never forget. There’s Katrina, there’s Ali Abbas Zafar, Shaad Ali had just come to Lahore. At my music launch, he was there. I believe in relationships and values. I think relationships are the most important thing. It has always been about giving and getting respect back.