Alan Walker makes you fall in love with ‘Darkside’ 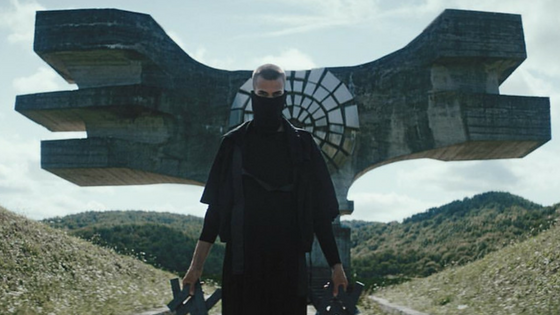 The second chapter of the World Of Walkers trilogy is here!

If you weren’t an Alan Walker fan before, it’s never too late to start. That’s the effect his latest single Darkside will have on you.

So first, a short introduction. Alan Walker is a producer who started out with Alone and Faded. They count among his biggest hits.

But if you were a fan, it was just the beginning. Darkside happens to be the ‘second chapter of the World of Walkers trilogy.

Here’s how the story starts: ‘Tired’ opens Chapter 0 for the trilogy. We see Earth being destroyed by a solar flare and survivors who escaped by hiding underground creating a small community called the Walkers.

Chapter 1 has ‘All Falls Down’. In the accompanying video, he see the Walkers exploring the ruins of the world to discover that they aren’t alone and that they’re in the company of some unusual technology that they had no prior knowledge about.

Chapter 2 aka ‘Darkside’ is significant as lets you see and feel your dreams while it. Lyrically, the song describes how you have to let go the light to go into the dark side of dreams. The video also portrays that you need to stay united, so that you can rebuild what is fallen. Racism is non-existent in this post-apocalyptic world.

AW collaborators Au/Ra and Tomine Harket powerfully convey the message of unity with their vocals. It’s a great collaboration that makes for a breathtaking song.

As a Walker fan, it’s a song that speaks directly to your heart with its powerful beats and drops. Musically, there’s even a common thread you realise has been running since their first song.

Walker fan or not, you just have to go for it!