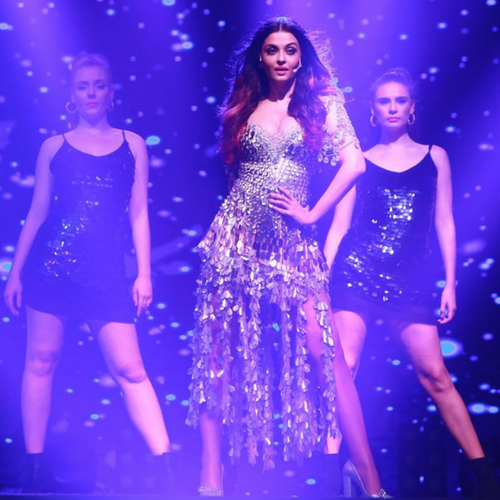 The first single of Fanney Khan sees Aishwarya Rai Bachchan in a remake of a Bollywood classic dating back to 1946.

Penned by Irshad Kamil and sung by Sunidhi Chauhan, it is the remake of ‘Jawaan Hai Mohabbat’ from the 1946 film Anmol Ghadi, originally scored by Naushad, penned by Tanvir Naqvi and sung by the legendary Noor Jehan.

We’ve fought the ‘remake/re-creation’ phenomenon for some time now and have now (kinda) made our peace with it (somewhat). Tanishk’s latest send-up retains none of the coyness of the original, it’s more of a come-hither song with no ‘ishaaras’ needed.

Tanishk’s flourishes try and retain the best of the original and embellish it with sounds that make the classic quite dance-worthy.

Irshad’s verse is balanced, retaining the beauty of his Urdu lines with a few modern touches and complementing the all-too-famous hook-line.

The re-creation, which sees Aishwarya as Baby belting out one of her hits, is made to show the actress as the country’s biggest singing star (of the current day). Sunidhi’s rendition, while competent and effective, isn’t anywhere close to her best.

Visually, the accompanying video is underwhelming, even by Bollywood concert scene standards. Aishwarya doesn’t own the stage nor do her moves wow like they used to.

It feels like a flash-in-the-pan, but you know what they say about someone with the Midas touch. Depending on who you’re talking to, this might just be the next ‘next big thing’.

To each their own!