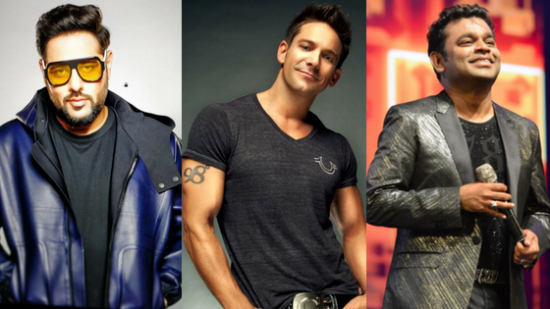 The 98 Degrees founder, who recently performed in Mumbai, has India-wide domination on his mind…

American pop singer, Jeff Timmons, who recently performed at Lord of the Drinks in Mumbai, has his eyes set on a collaboration with A R Rahman. According to sources, Jeff is in talks with Rahman for a project. No details have been revealed as of now.

Jeff has been showing a lot of interest in Bollywood, with a recent Twitter interaction with Badshah, and an instagram post, that confirmed a future collaboration.

What???! I, sir, am a big fan of you since 98 degrees and rising, i need to find the cassette and tweet the cover right away. Fly with me is my favouriteeee!!!! https://t.co/Oih7kX2y1P

I’ve been in India, and have fallen in love. Let’s collab on a track and blow everyone’s minds. https://t.co/tA1cY0eY3f

Infact, he didn’t waste any time and went right on to working for the collaboration. On his flight back, he was seen working on songs and his caption confirmed his new project with rapper Badshah.

Last night on the plane. Not wasting anytime getting on that collaboration track w @badboyshah 🤞🏼🙏😉 @airindia_official Thanks for the safe flight, great service, and…food!

Jeff has never collaborated before with any Indian Musician. His debut performance last week was an indication that he is coming back for more, with bigger artists. And with Rahman and Badshah in his mind, he is surely aiming for the best.

In fact, he even replied to us on Twitter, saying that he would be honoured to perform with either of them.