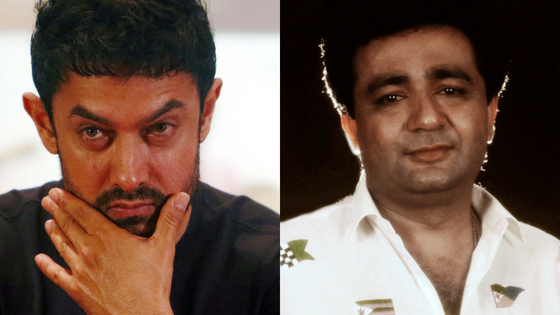 Aamir Khan will be calling the shots on the Gulshan Kumar biopic (still titled Mogul?) as co-producer with T-Series. If you remember, that film was announced with Akshay Kumar in the lead role, and he walked out after reported disagreements with director Subhash Kapoor.

We all know how Aamir Khan has a thing for Christmas releases. Frankly speaking, no one has the guts to take that away from him either.

Now, Aamir Khan Productions and T Series have announced a Christmas 2019 release date for the biopic on Gulshan Kumar, that has been written and directed by Subhash Kapoor.

With this news, we can vouch for two things. One, the music of the film will be on top of each charts thanks to AK’s fantastic music sense and this being a ‘family project’ for T-Series. Two, AK is a perfectionist, so when the film becomes a super hit, we can’t blame him. He looks after every detail in his film and makes sure it is done to perfection. One can expect great production value and a product that will be high on emotional quotient.

Also, keep in mind that T-Series will spare no expenses in ensuring that this film becomes a hit as it is being made after its founding father, Gulshan Kumar. As of now, who will play the part of Gulshan Kumar is not known (we’re betting on Aamir Khan).

Since Bhushan Kumar shares a great equation with Aamir Khan and Salman Khan, it was reported that he was trying to get the both of them on board.

With this announcement, Aamir has claimed Christmas 2019 for what promises to be the film to watch next Christmas, continuing his dominion over the festival season.

PS: Shah Rukh has his Diwali releases and Salman’s films release on Eid (unless they switch). Aamir has Christmas for quite a few years now.