An animation musical about princesses after the same Prince Charming 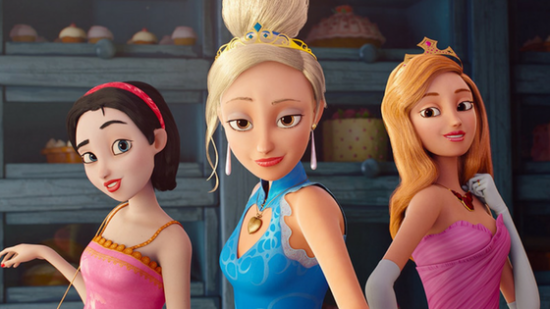 Demi Lovato, Sia and Avril Lavigne singing and acting together is our Dream Team

There are some movies that come and go, and we have not even the slightest clue of it. Then, there are some films which are unknown. One such film, Charming is a 2018 American Musical Comedy that is based on the lives of Cinderella, Snow White and the Sleeping Beauty. Except, they all have the same Prince Charming.

Yes, you heard that right. A movie based on three famous Disney movies, what is not to like? Except, it hasn’t been made by Disney. Vanguard Animation is the star of the show.

But this isn’t the only surprising thing about the show. The film stars the voices of Demi Lovato, Wilmer Valderrama, Avril Lavigne, Ashley Tisdale, G.E.M. And Sia. By the sounds of it, it is a musical blockbuster waiting to be made.

The film was postponed in 2017 despite the filming, recording and production having been completed in December 2017.

Demi is providing the music score in the film. Sia wrote two songs “Magical” and “Baladino”, which were performed by Demi and Sia respectively. Fall Out Boy’s Patrick Stump penned a song “Trophy Boy”, which will be sung by Lavigne, Tisdale, and G.E.M. The soundtrack will also feature music from Steve Aoki.

The release date of this film was postponed several times, and we don’t know the final date for it.